​The Falcons are looking to pick up from where they left off after finishing the 2019 season on a 6-2 record. The front office decided to give Dan Quinn and possibly Thomas Dimitroff one more shot at proving they can get the job done in Atlanta. Atlanta made several offseason moves hoping to revamp their defense and add more explosion to their offense. The likes of Todd Gurley should help improve the Falcons miserable rush offense from the past two seasons if he can manage to stay healthy.

Defensively the Falcons added Dante Fowler Jr. to hopefully provide some semblance of a pash rush, Darqueze Dennard to cover the nickel slot, and drafted AJ Terrell to help cover opposing receivers. The NFC South got more competitive over the offseason with Tom Brady coming to Tampa Bay and Teddy Bridgewater landing the starting job in Carolina, not to mention the Saints are still the team to beat in the south. Will the Falcons crumble under their division rivals or will they rise up to beat the expectations?

​Is he or is he not the guy is the question the Bears hope to finally answer about Mitch Trubisky. Entering his fourth season in the league Chicago announced that Trubisky will start the season at the quarterback position but they didn’t mention how much rope they’ve given him before potentially pulling him for journeyman Nick Foles. Chicago’s defense has proven that theycan create offense opportunities and win games they just need a capable starter at the quarterback position to lead offense. GM Ryan Pace has managed to put talent around whoever will be playing quarterback in Chicago. Allen Robinson on the outside, Jimmy Graham at tight end, Tarik Cohen and David Montgomery in the backfield. A decent kicker would go a long way as well to help the Bears win games. The Bears are right in the thick of things in the NFC North if they can manage to steal a division road game or two, they may return to the top. This could be Matt Nagy’s last shot to prove to that he can win in the Windy City.

​The Raiders have finally landed in Las Vegas and are hoping the change or scenery will provide a winning spark. Jon Gruden and Mike Mayock are now officially on the clock to get the Raiders back to their glory days. The move to Vegas also means that it’s time for Derek Carr to prove the he is the Raiders best and only option at Quarterback. In the offseason the Raiders added Marcus Mariota to push Carr or win the job from Carr.The Raiders are hoping to build upon the performance of rookie sensation Josh Jacobs. With Jacobs proving that he can carry the load in the backfield it should make things easier for Carr in the passing game. Not to mention the addition of speedster Henry Ruggs III on the outside. Gruden and Mayock have retooled the Raider’s defensive front and hope that their efforts in this year’s draft will complete the job. The Raiders have a tough divisional road ahead of them with having to face Mahomes and the chiefs, a well talented and rounded LA Chargers team, and the emerging Denver Broncos.

​The New York Jets are hoping that Adam Gase and the team will turn things around and right the ship. They managed to trade disgruntled safety Jamal Adams to Seattle and hope to add addition by subtraction. The Jets seem to have their answer at quarterback with Sam Darnold but now need to work on installing an offense around him. Outside of LeVeon Bell the Jets lack star power on offense. Not to mention the lack of a talented offensive line have limited both Darnold’s developmentand Bell’s production. In the draft the Jets added tackle Mekhi Becton a massive young man who they hope will keep Sam Darnold upright and provide some holes in the run game for Bell. The Jets also added receiver Denzel Mims in the second round of the draft to give Darnold an option on the outside after the departure of Robby Anderson in Free Agency. A healthy Darnold and passing attack should also free up the running lanes for LeVeon Bell. While the Jets aren’t favored to win the division, they are looking to show that they are a team on the rise and have a bright future that may one day include winning the AFC East.

​The reigning Super Bowl champs are looking to run it back and bring another title to Kansas City. Patrick Mahomes, Chris Jones, and Travis Kelce all inked new deals to keep around for the foreseeable future. Not to mention having Tyreek Hill, Frank Clark and Tyrann Mathieu locked under contract as well. Kansas City even rewarded HC Andy Reid and GM Brett Veach withbrand new six-year deals. In the draft the Chiefs added RB Clyde Edwards-Helaire who can help provide a lift in the run game and an out of the backfield threat in the passing game in the absence of Damien Williams. With Mahomes sticking around for the next 10 to 12 years the Chiefs are looking to add more hardware to the trophy case. Kansas City looks to kick off their title defense on Thursday night against the Houston Texans. 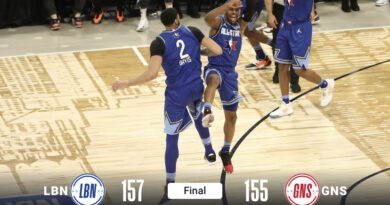