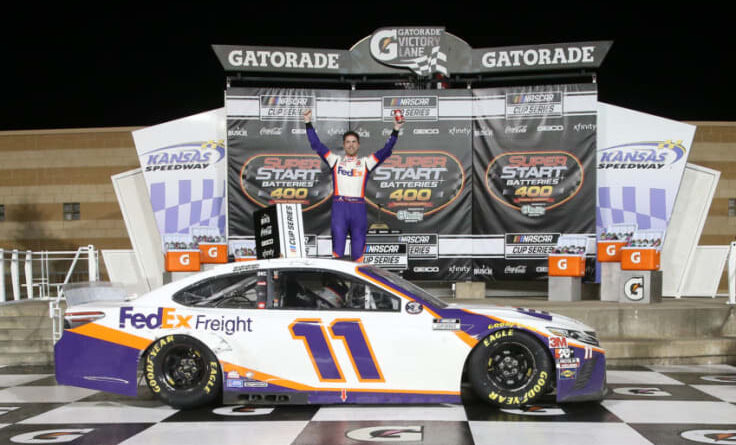 Headline Photo Credit: Beyond The Flag

We are at Kansas Motor Speedway for a race under the lights for Thursday night racing. Joey Logano leads us all the way through the competition caution. It was Kyle Busch’s crew that got him out first and he kept the lead from there. He appears to be determined to get some stage points. Ricky Stenhouse Jr has and issue and the crew determined they were not able to fix the car, this is his fifth did not finish. Kyle Busch will go on win stage one.

Denny Hamlin takes the green flag to start stage two. We get a battle for the lead between Martin Truex Jr and Denny Hamlin. Martin Truex Jr used side drafting to get around Denny. Bubba Wallace has a tire go down and the caution comes out. Chris Buescher lost the air on the car and around he went and possible tire then blowing. This will give us about sixteen laps left and almost everyone will take this caution to get fuel and tires. With them stopping with so few laps left I do not expect many to come down between stage two and three for service. Ryan Blaney has the lead for the restart, but Brad Keselowski will pass him to win stage two.
Shockingly, almost everyone came down for new tires and fuel. Denny Hamlin got the lead for the final stage.

Matt Kenseth has something happens and collects Bubba Wallace. Bubba Wallace has some front suspension issues. The thirty-seven takes the air and possibly bumped him as well. This appears to end Bubba Wallace’s night due to the damage. Denny Hamlin and Chase Elliot will bring us back to green. Three wide and multiple drivers are collected in an accident. There was a possible wiggle and went right for Joey Logano. This collected Matt DiBenedetto along with Austin Dillion, Jimmie Johnson, and Kevin Harvick. Austin Dillion’s radiator got hit hard, and Joey Logano feels something in his suspension break. Restarting again between Denny Hamlin and Chase Elliot. Christopher Bell gets into the wall and there was another huge wreck. Ryan Preece went for a wild ride and a very hard hit into the wall. All of the NASCAR safety features all worked exactly as they needed too. Ryan Preece was extremely frustrated getting out of the car but it was awesome to see him be able to get out after a wild ride. Ryan was having a great run when he was involved in the accident. Denny Hamlin get out front after the restart, and Martin Truex Jr passed him just before Ryan Newman brings out a caution. Jimmie Johnson was not able to keep minimum speed and has been pulled from the race. Kyle Busch has an issue and they are working to keep him from having a tire run. William Byron got to lead some laps. We have several more drivers have tire issues. Kevin Harvick and Denny Hamlin are the front two. Denny Hamlin will pass Kevin Harvick and score his fifth win of the season. 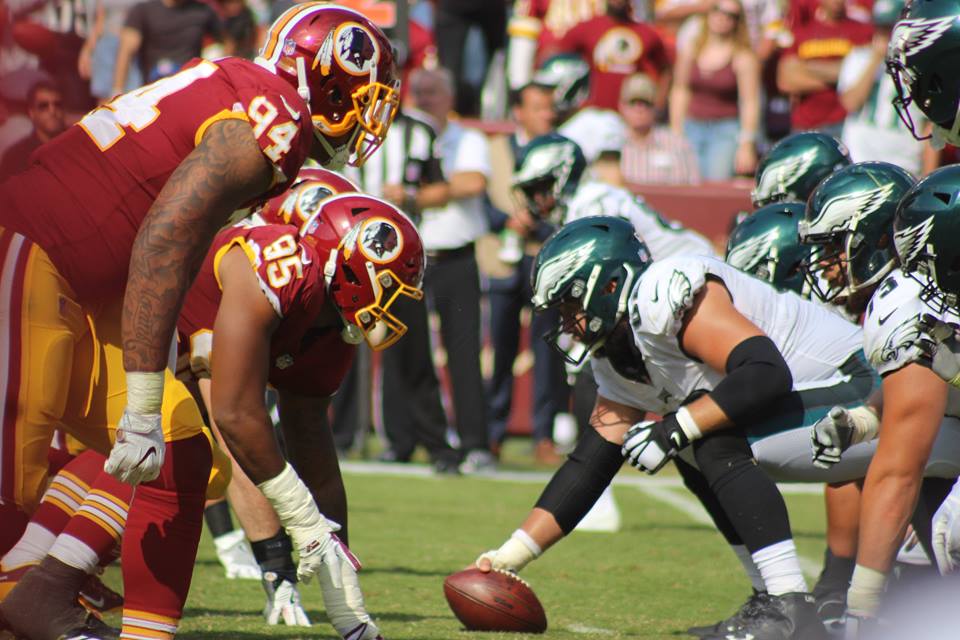 Football is finally back!! Redskins host Eagles in Season Opener! 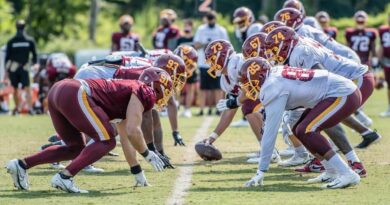