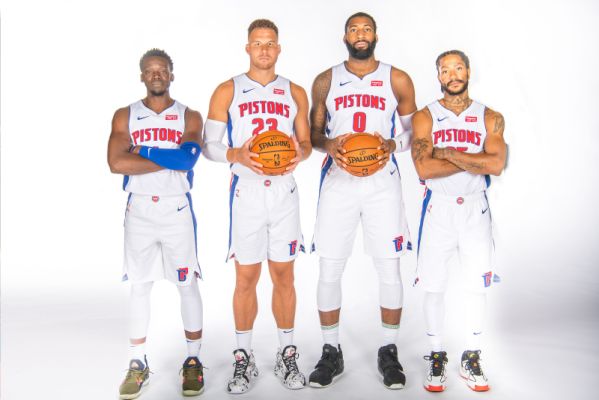 The Detroit Pistons have made themselves quite the headscratcher of the league. They have done so many things that have made many of us say, “Huh?” If you’re a fan of the Knicks, you can rest your hopes upon Rookie RJ Barrett. Julius Randle too because I believe he may be the NBA’s most underrated and underappreciated player. Or if you like the Hawks, you know your offense is there, you just need to add some defensive spunk to the mix. That is what acquiring Clint Capella does. You have an All-Star guard who is one of the NBA’s most magnificent scorers. But if you’re the Detroit Pistons, you may be saying huh? Or you may even be saying what the heck are you doing? You didn’t want a long term relationship with C Andre Drummond. I get it. In the words of Jay-Z, “He’s alright but he’s not real.” He’s a defensive talent and a monster on the boards. But that is all he is and he has reached his ceiling age 26 already. His offensive game is limited. And let’s face it. If you want to be a valuable piece in today’s game of the NBA, you have to be able to put the ball in the basket. You have to be able to score and be a threat beyond the ark.

Look at the situation in Philadelphia. As great and amazing Ben Simmons has been, literally a walking triple double, he may be on the trading block all because he refuses to shoot. As offensively limited Drummond may be, John Henson and Brandon Knight just won’t cut it. Drummond is still an All-Star talent, but the Pistons literally got 5o cents on the dollar with this deal. Reggie Jackson isn’t great. However, he was a bucket getter. They bought him out and his situation went from 0 to 100 real quick. The Pistons, a lottery team to the Clippers, a possible championship team. Blake Griffin has been injured ever since being traded to the Pistons and things haven’t quite worked out there for him. He didn’t fit well with Andre Drummond in the first place. Even with Drummond gone, availability is the best ability and Blake hasn’t been available. It’s unsure what he may even be able to offer on the court with his injury history at this point and it will be hard to move him now especially with that contract. They’re looking at 50 cents on the dollar for him now too. The only bright spot that this team has have been Derrick Rose and he’s in and out of the lineup with his injury history as well. He has quite a bit of miles on his knees as well. They actually could have gotten something good in return of him too but it’s hard to trade a guy that is having quite the comeback story and trading him maybe would have messed that up for him. D Rose may be the only player selling tickets for this franchise.

The Pistons will have a long road ahead of them. A road that has a lot of traffic and road blocks with no direction to detour. In other words, they are lost. You have to feel bad for a guy like Dwane Casey. All the success he’s had in Toronto to this. We are all staring in amazement and wondering what is going on in Detroit and the only thing we can say at this moment after everything that has happened this season is huh?