If you think of something going from bad to worst, the first team you will think of in the National Football League is the Washington Redskins. After starting 4-0, the undefeated New England Patriots kept on rolling and handed them their 5th loss of the season. They say the darkness always comes to the light. Darkness surfaced the internet into the light over the weekend with Head Coach Jay Gruden with a video of him partying and smoking marijuana. News also broke that he never wanted the team to draft QB Dwayne Haskins, despite the Redskins being in need of a new QB. Longtime Backup QB Colt McCoy started this past week. Here’s the bottom line. The Redskins have hit rock bottom. They’re 0-5, they have video of the leader of the team, Coach Gruden smoking marijuana and the team chemistry is at an all time low. Adrian Peterson’s last years in the league will be considered a waste, and this team just can’t seem to put together all the talent they have. This is a loss season for the Skins. The Redskins finally decided to fire Jay Gruden. OL Coach Bill Callahan has been promoted to Interim Head Coach. Enough is Enough, and this organization is finally beginning to figure it out

Will Nick Foles Get His Job Back?

Superbowl MVP Nick Foles signed a massive 4 Year/$88M contract with the Jags over the summer. It was a win win for both parties because Nick was never going to be the guy in Philly despite delivering them a superbowl and the Jaguars have been in dire need of a QB for awhile now. The Jaguars also know that Nick has a tendency to get hurt often. That is why they drafted QB Gardner Minshew in the 6th round. In football, the best thing to do is to ride the hot hand, especially if you’re winning games doing so. At the rate Gardner Minshew is playing, Foles won’t play another down in Jacksonville. Barring injury of coarse, Minshew seems to be the guy. Through 4 games, he has almost 1,000 Passing Yards, 7 TD’s and only 1 INT. He has picked up this offense quicker than this team expected, and he looks primed to be their QB for years to come. Nick Foles will be in yet another battle for his job.

The Buffalo Bills have been historically bad. Over the years, if your fantasy players played the Bills, it was an automatic start for your lineup. You wouldn’t want anyone on that offense on your fantasy team. And if your Kicker had a bye week, you would think twice about adding Buffalo’s Kicker as a placement for the week. Well I’m here to tell you, it’s time we pay the Buffalo Bills the respect they rightfully deserve. They now stand at 4–1, with their only loss being from the Defending Champions, the New England Patriots. It wasn’t easy either because The Patriots barely beat them 16-10. Josh Allen isn’t perfect. He doesn’t have the best weapon core. The O-Line isn’t the best. But this team plays hard every week and their defense is finally a legit threat to every team in the league. Josh Allen’s ability to expand plays with his mobility in and out of the pocket is huge for this team. I know it’s still early in the season, but the Bills appear to be a real playoff team this season.

The Top Dog: The Scariest Team in the League

This is by far shaping up to be one of the best seasons in the NFL thus far. Nearly every team of the league has talent across the board. You never know what may happen each week. That is why Super Bowl Picks were kept quietly before the season started. It’s just hard to tell at this moment due to the simple fact that most teams in the league are now equally matched. The New England Patriots are the safe bet of the league. They’re undefeated and they’re winning with different guys every week. That’s great coaching for you. But the question still remains who is the best of the NFC. You may think it’s up in the air but it’s not and it’s not even close either. The Packers are handling their business defensively. This week, they went into Dallas and handed them their 2nd consecutive loss of the season. They won 34-24 without their best play maker Davante Adams. Cowboys QB Dak Prescott has been on fire all season long with 9 TD’s and just 3 INT’s. This was no problem because the defense stepped up for Green Bay by picking off Dak Prescott 3 times in just this game alone. The Packers are showing us they have the formula to win a Super Bowl. The offense is still formulating as Aaron Rodgers is still processing everything. A-Rod however is still putting up good numbers despite this being considered a slow start for this team. So they’re finally running the ball. RB Aaron Jones had over 100 Rushing Yards with 4 TD’s. The defense is elite and it’s only a matter of time until Aaron Rodgers masters this offense. They are definitely under the radar and this may be a good thing. No one likes to have a target on their back. The Packers looks like the cream of the crop in the NFC. 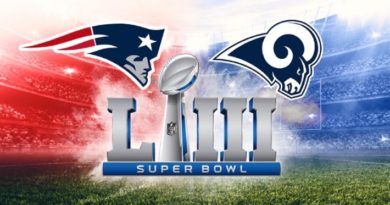