There are a few NFL Teams Poised For a Breakout 2018 Season, But here is my list for teams to be on the lookout for.

Last season, the 49ers added a quarterback who has been waiting for his moment, Jimmy Garappolo. Garappolo has spent his entire career in New England behind Tom Brady. 5 years into his career, he is finally able to show the world what he’s got. When traded to the 49ers last season, Garappolo led the team to a 5-0 record to end the season. With an offseason and training camp for this team to get some chemistry flowing, this team could make some noise and possibly be a dark horse in Super Bowl contention.

The Lions are ready to prowl. An offense that was already good just got better, and now they are even more balanced. This team has a chance to lead the league in points per game this season. Matt Stafford has been around for a while now. They put so much pressure on him each and every season. This year, they added a running back who demands carries because he is a force to wrecken with, LeGarrette Blount. The only tough thing is the division they play in, but there’s always wildcards. The important thing is to just get in, and from there, nobody would be looking forward to trying to stop this offense in the postseason.

This team has all its ducks lined up, but the ultimate question is which Eli will we get? They revamped their offensive line so Eli should have a good season giving him plenty of protection. They also added a few key pieces defensively, with guys like Cornerback’s Teddy Williams and Curtis Riley, as well as Outside Linebacker Kareem Martin. Martin was a 3rd round pick in 2014 out of North Carolina, so he brings tons of potential to this defense. They also brought over Martin’s former defense coordinator in Arizona, James Bettcher. The Cardinals only gave up 14 PPG (7th in the league), so the defense is very much improved. To add to the offense, they signed RB Jonathan Stewart and of coarse, Saquon Barkley. This team could take the NFC East this season.

They used to be the laughing stock of the league. Now, they may be laughing at their opponents. Going 0-16 last season, the Browns look like they may finally win a game this year. They added not 1, but 2 quality quarterback’s, Tyrod Taylor and Baker Mayfield. They also have a good running back now, Carlos Hyde. Additionally, they acquired Jarvis Landry from Miami, and they have Josh Gordon making his return too. I’m not saying the Browns are making the playoffs, yet alone, going to the playoffs. But I am saying is they will win a handful of games next season, and will be one of the most exciting teams to watch.

Having a good QB in the NFL is one of the best things to happen for a team. In case you haven’t realized, when healthy, Sam Bradford is really good. They have good insurance in Josh Rosen too. They’re going to get a healthy David Johnson in the backfield as well. They said goodbye to Head Coach Bruce Arians, as he decided to call it a career at the age of 65. Head Coach Steven Wilks now has the keys to the car, as he will look to make this defense an elite one. Don’t be surprised if the Cardinals sneak into the playoffs next season. 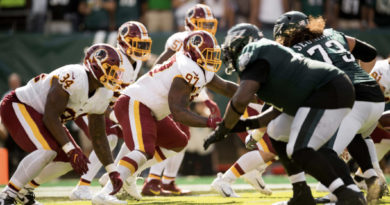 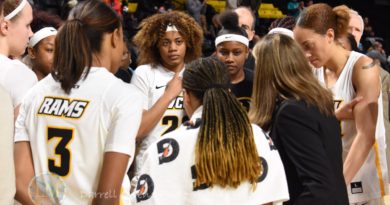